Home » Difference between Speech and Debate with Comparison Chart Many schools, colleges, and universities teach their students the art of great debates and splendid speeches. With the teachers’ expert instructions and students’ marvelous skills, many academic institutes have produced world-renowned debaters and orators. While debating and public speaking are centuries-old arts, many people still get confused about the difference between speech and debate. Although the two share a common goal of addressing a group of people, there are more differences than similarities between the two.

In this article, we have explained the difference between a speech and debate. So, please continue reading below to clear your confusion about the two.

What is a Speech?

In the simplest words, we can define a speech as a formal way of addressing a group of people. It follows a single opinion or point of view about the topic. Moreover, a single speaker presents it to an audience, without making them participate. Usually, a speaker does not take the audience’s point of view into account and they may agree or disagree with the speaker. In other words, a speech is like an individual performance or solo act of the speaker that does not involve audience participation.

In a speech, the speaker presents their thoughts about a particular topic to the audience. Usually, the audience is students, teachers, and other faculty members, if the speaker delivers a speech in an academic institute. In order to win the audience over, speakers should research and prepare well and then deliver the speech with full fervor.

Besides academic circles, speeches are also common at political and social events, like election campaigns, weddings, birthdays, promotions, etc. Depending on the occasion and audience, a speech can be formal or informal.

Generally, we can define speeches according to four aspects:

Usually, one individual delivers a speech to a group of people. Depending on the occasion, the audience can be a smaller or larger group of people. Moreover, some speakers also broadcast their speeches if the goal is to reach a wider or worldwide audience.

Generally, speakers deliver speeches to people with like-minded ideas in order to improve and strengthen their views. For this purpose, the content can be educational, social, religious, or political.

The contribution means the input that makes a speech appropriate for a particular occasion. For instance, an academic lecture requires the correct academic information. On the other hand, a wedding speech requires family connections and anecdotes to make it appropriate for the occasion.

Debate is also a form of formal public speaking, but it is different from a speech in multiple aspects. Generally, a debate takes place between two opposing parties in which one speaks for the topic while the other speaks against it. In simple words, a debate is like an extended formal argument where one individual/group brings claims in favor of the topic while the other counters those claims.

Usually, debating has a set of rules that both groups have to follow. The speaker in favor of the topic speaks first and then the speaker against the topic speaks. Debating teams can have single speakers as well as groups of speakers. Both teams speak in front of an audience, who listen and form an opinion based on the arguments. If the debate is judged, the audience will participate, too. Moreover, in the end, the jury will declare the team who convinced them the best as the winner of the debate.

Generally, we can define debates according to four aspects:

In a debate, at least two teams are required to present their arguments in favor of or against a topic. Most debating societies determine the rules of the debate beforehand and both teams must follow those rules. Moreover, debates encourage audience participation and are usually judged.

Depending on the audience and participants of the debate, a teacher or instructor determines the content of the debate. Most debates take place in academic circles and parliaments. So, if a debate has to be presented at the parliament, its content will be political. On the other hand, academic debates usually choose educational or social topics.

Formal debates follow a particular format and there are rules and regulations that both teams agree upon before the debate. During the debate, it is mandatory for both teams to follow these rules or they may be disqualified. Moreover, in competitive debates, a jury announces a winner at the end.

Debates have more than one contributor in most cases. In order to make the debate appropriate, both teams present arguments according to their motion, i.e. in favor or against.

Differences Between Speech and Debate

Now that we have explained speech and debate in detail, it’s time to differentiate between the two. Below we have shared some common differences between debating and public speaking: If we summarize the difference between speech and debate, it lies in the aim of each activity. Speeches and debates are both formal manners of public speaking, where speakers deliver a message through speeches. However, a speech is directed towards a group of like-minded people and requires no audience participation. On the other hand, debates require the audience to participate and formulate a point of view according to the two opposing arguments presented by two groups. Students should learn the differences between the two to prepare well for each. How to Write a Synthesis Essay? A Beginner’s Guide 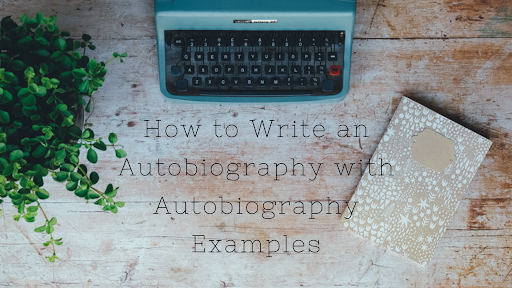 How to Structure Speeches with Motivational Speech Topics